As published in MED Magazine, Sept/Oct 2016

In the summer of 2015, Prairie Lakes Healthcare System in Watertown, a long time dynamic model for rural healthcare in South Dakota and western Minnesota, found itself in some hot water.

“We were at capacity on our chiller and we almost reached crisis points a few times during some 90 degree days,” recalls Prairie Lakes CEO Jill Fuller. “That is unacceptable in a healthcare facility.”

An independent healthcare system, Prairie Lakes provides primary and specialty care for a service area of 87,000 people. As the healthcare need has grown in the region, the hospital has grown, too, implementing multiple building additions and renovations since 1949 in order to accommodate new technology and services. Although the HVAC systems had undergone their own share of renovations, by the summer of 2014, the 800 ton chiller simply couldn’t keep up.

“When I took this position, this place was running at 100 percent cooling,” says Prairie Lakes Director of Facilities Management, Rick Masloski. “I didn’t want to be the first director in the state to have the hospital loose cooling. So I priced a new chiller.”

Unfortunately, the news wasn’t good. A new cooling unit of the size Prairie Lakes needed was going to set them back more than $2 million dollars. With significant expansion projects pending, the timing could not have been worse. In hopes of finding an alternative solution, the hospital turned to an old friend: Sioux Falls-based G & R Controls.

As a Siemens Independent Field Office, G & R Controls installs, services and maintains HVAC systems, specializing in automatic temperature controls, energy management solutions. security systems, and hydronic heating and cooling equipment, replacement parts, and pumps. Their expertise and sensitivity to the special challenges of working in healthcare environments, has made G & R Controls Prairie Lakes’ go-to choice for its HVAC needs for more than a decade.

“We did a complete cooling retrofit for Prairie Lakes in 2007, consolidating its 28 DX systems into a single 800 ton cooling system,” says Dave Heibult, Sales Engineer of G & R Controls. Not only was the final cooling system more efficient, saving the healthcare system an estimated $60,000 to $100,000 annually, but, like other air handling improvements and mechanical systems upgrades G & R Controls had done for Prairie Lakes, the project was completed without ever compromising the hospital’s ability to provide quality patient care.

“This time, we were looking at having to add additional cooling equipment but we knew they didn’t want to spend that money with new hospital additions coming,” says Heibult. “Especially since we didn’t know what size the equipment would need to be. So we needed to help them find an affordable alternative.”

The solution G & R Controls offered was an ambitious project that would not only allow the hospital to delay replacing its cooling system for the foreseeable future, but would also shave a significant amount of money off of its operating budget.

“They started by doing a complete physical analysis,” recalls Masloski. “They looked in every closet and nook and corner to determine how we could maximize our efficiency. Not only did we find little things that were broken, such as dampers that weren’t letting enough air through, but we also discovered that there were storage rooms you could practically hang meat in. At the same time, there were other areas with people in them that you could never get cool enough.”

Although some of the problems had straightforward solutions, other inefficiencies that G & R Controls uncovered at Prairie Lakes appeared to be unavoidable, given the hospital’s fluctuating census. “It’s crazy,” says Masloski. “You can be full to capacity one week and the next week, you can be at 50 percent. But your rooms are still being heated or cooled like someone is in them.”

After a thorough analysis of the entire facility, the experts at G & R Controls suggested that Prairie Lakes exchange the existing pneumatic temperature controls for programmable direct digital controls. The exchange would give the hospital far more control over its heating and cooling while also maximizing the efficiency of the existing equipment.

“There is no reason to keep a hallway at 72 degrees in the summer when it’s just a passthrough. They don’t want people hanging out in hallways anyway,” says Heibult. The same could be said for storage rooms and empty administrative offices after hours. “So we said let’s limit cooling in those kinds of areas so that we can make sure the patient care areas, ORs, etc. can stay where they need to be.”

“Usually you look at labor and productivity for cost savings,” says Fuller. “Temperature control was something we had overlooked in the past. Our priority is always the patient care areas, but we realized that there were office spaces, for instance, that could be handled differently.”

The plan made practical sense to Fuller and her team at Prairie Lakes. And with a pricetag of $500,000, it also made financial sense. But both G & R Controls and the hospital administration knew that getting the rest of the organization on board would require some finesse. They also knew that the plan would not work without staff buy-in. To make sure they had it, the G & R Controls team started by listening. Their goal was to learn as much as they could about the needs and schedules of the hospital’s various user groups.

“These were extensive meetings with groups such as pharmacy, sleep study, oncology, orthopedics,” says Heibult. “We needed to know what hours they worked, what they liked and didn’t like, what temperatures they preferred, what was necessary, and what they were willing to live with.”

G & R Controls’ task also included a heavy dose of staff education. “It wasn’t just about using the new system. We had to help teach people how to be better energy users overall, cognizant of things like doors that were open unnecessarily. You may not think that shutting a door is a big deal, but if you have hundreds of doors, it becomes a big deal.”

As the different groups weighed in on their needs and wants, G & R Controls used the new digital controls to establish automatic time-based temperature set-points. For areas, such as patient rooms, that were continually being heated or cooled even when they were empty, G & R Controls developed custom computer graphics that allow a nurse anywhere in the hospital to quickly designate a room as “occupied” or “unoccupied” with a single tap.

“For instance, if an ER patient or a Same Day Surgery patient is going to be admitted, people in those areas can bring up the custom graphics right on their screen and hit ‘occupied’ to start getting that room prepared with cooling,” says Masloski. “The layout is so simple that it takes little or no training to understand it.”

“Even the best system in the world is of no use if they don’t know how to use it,” says Heibult. “Our job was to make this as easy as possible on everyone. The nursing staff tell us that they don’t even think about it now. That really is the beauty of Siemens and G & R Controls. We are able to customize like no one else can.”

G & R Controls’ comprehensive analysis of Prairie Lakes’ heating and cooling system and the installation of direct digital controls created both expected and unexpected benefits for the hospital.

By automating temperature settings where possible, making it easier to adjust temperature when needed, and educating the staff on the impact of their own behaviors, the project dramatically improved efficiency at Prairie Lakes. That improved efficiency has not only made the hospital’s physical environment more comfortable and reliable for patients, physicians, and staff, but has also had a direct impact on the bottom line.

“It was about a fifth of the price of a second chiller and saves about 90 thousand dollars in energy costs annually, just by controlling temperature according to when spaces need to be heated and cooled,” says Fuller. “We are looking to be able to pay off this investment in about five years.”

Beyond the cost savings created by the technology itself, Fuller says G & R Controls’ approach to the project made the entire organization more efficient, more responsible, and more aware of their energy usage. “We had to take a very hard look at what we were doing. And we are starting to ask ourselves questions like ‘Do we really need this area to be this temperature right now?’,” she says.

The project also helped buy the hospital the time it needed to evaluate and budget for its future heating and cooling requirements in light of planned expansions. And, as Rick Masloski observes, it has created other kinds of savings, as well.

“By taking stress off of the equipment, the direct digital control upgrade has added life to our current equipment,” says Masloski. “Not only does that save in equipment costs but it also turns into labor savings when we don’t have to be working on air handlers because they are worn out.”

“The installation of direct digital controls offers so much more flexibility, saves them a ton of energy, helped them put off a major capital decision and maximized their existing equipment,” says Heibult. “We are very proud of the results we have been able to achieve for Prairie Lakes with this project.”

“I think we are always trying to find ways to cut costs in healthcare today,” says Fuller. “This project was exactly what we needed when we needed it and I would highly recommend this approach to other hospitals.” 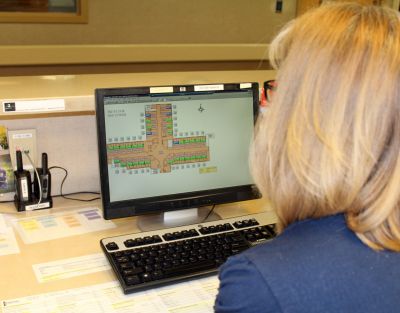 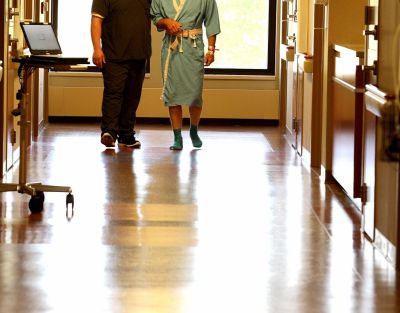 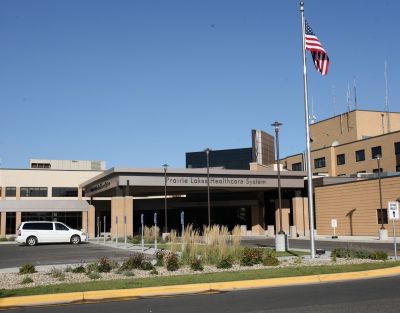 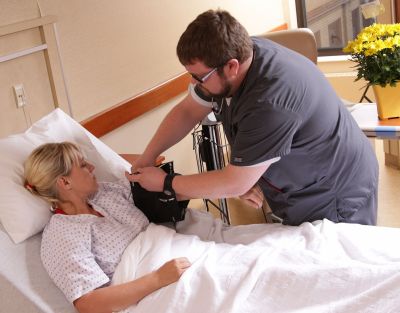